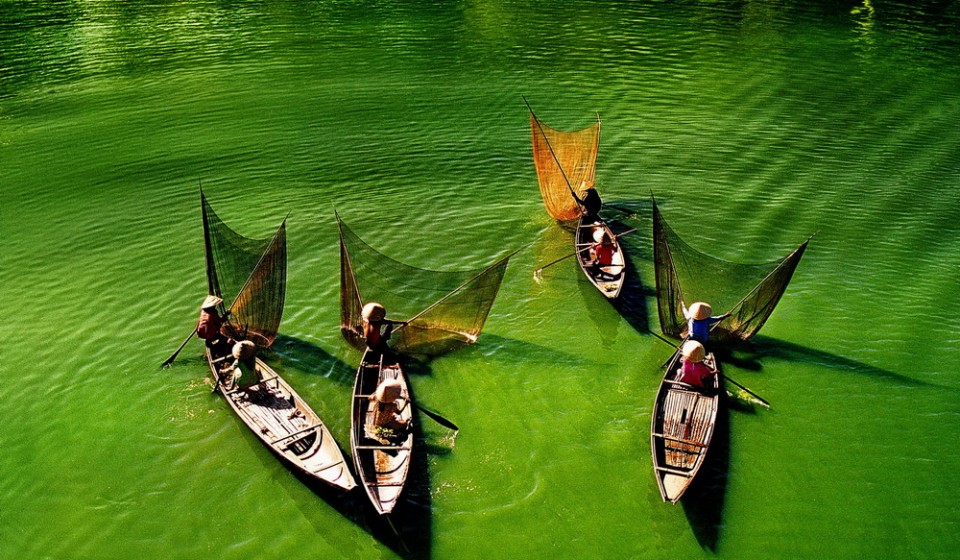 GENERAL INFORMATION ABOUT VIETNAM
Vietnam, which consists of 54 ethnic groups with their different costumes and cultures, also wonderful natural landscapes,is today a dream destination for travelers coming to Southeast Asia. Apart from the many UNESCO World Heritage sites- both natural and cultural, seductive beaches and diversified gastronomy, the image of Vietnamese people leave a beautiful memory for those who put their feet on the land in the shape of S: Simple, Sincere, Smiling, and So much more.
Vietnam has a surface area of 330,967 km2 and has a population of nearly 92.7 million inhabitants, 80% of whom are made up of Kinh and the rest of the population (about 20%) is made up of other ethnic minorities: Thais, Khmer, Muong, Hmong, etc. The main means of transportation are bicycles, rickshaws, motorcycles, mototaxis (‘xeom’ in Vietnamese), cars, bus, private minibus, train, and airplane.

1)    E-visa via this official site and get results in 5 working days https://evisa.xuatnhapcanh.gov.vn/trang-chu-ttdt

2)    Get Visa at Embassy in your country

3)    Visa on arrival. Sent us your passport copies and we will proceed visa letter in 3 working days. You will bring the printed visa letter here and pay stamp fee at the airport USD 25 per person

Vietnam borders Cambodia, Laos, and China and stretches over 1650km along the eastern coast of the Indochinese Peninsula. The country’s two main cultivated areas are the Red River Delta (15,000 sq. km) in the north and the Mekong Delta (40,000 sq. km) in the south. Three-quarters of the country is mountainous and hilly; the highest peak is the 3.143m high Fansipan in northwest Vietnam.
Vietnam is made up of equatorial lowlands, high and temperate plateaus and alpine peaks. Although Vietnam’s wildlife is rich, it is in precipitous decline because of the destruction of habitats and illegal hunting. Less than 20% of the country remains forested, and what remains is under threat from slash and burn agriculture and excessive harvesting. Fauna includes elephants, rhinoceros, tigers, leopards, black bears, snubs-nosed monkeys, crocodiles, and turtles.
Vietnam has more than 10 national parks and nature reserves.
Although Vietnam lies in the inter-tropical zone, local weather conditions vary from frosty winter in the far northern hills to the year-round subequatorial warmth of the Mekong Delta. The mean annual temperature is about 27 0C in the south, falling to about 21 0C in the far north.

PEOPLE
The majority of the population is comprised of the Viet or Kinh (87%) people who speak the Vietnamese language. The minority population is made up of 54 ethnic hill tribal people who mainly live in the extreme south, central and northern mountainous areas of the country. The best-known hill tribes are the TÃ y, Hmong, Zao, White and Black Thai, Muong (mainly from the north), and the Hoa, Khmer in the South. Each hill tribe has its own unique customs and dialect and some are able to speak the official Vietnamese language.
LANGUAGE
Vietnamese, the national language is tonal and monosyllabic, which means the meanings of the word change according to the pitch they are pronounced at. The accents and some words are quite distinct among the three regions of North, Central, and South.
Today, English, French and Chinese have replaced Russian as the most studied and spoken languages.

HOLIDAYS
The most important and widely celebrated public holiday of the year is Tet, the Lunar Chinese New Year, which coincides with the cycle of the moon. This public holiday usually takes place in late January or early February and lasts officially for three days although many businesses are closed the entire week. Other important public holidays include Saigon Liberation day (30 April), International Worker’s Day (May 1), and Vietnamese National Day (September 2).
CURRENCY
The official currency is the dong and is non-convertible. The US dollar, preferably crisp clean bills, is widely accepted among major shops and restaurants. Travelers’ checks can be cashed at authorized foreign exchange outlets and banks, and require presentation of a passport. Visa and MasterCard are accepted in hotels and restaurants. ATM machines are available in all the major cities.
1 US Dollar is approx. equivalent to 23.000 VND.

HEALTH REQUIREMENTS
No vaccinations are officially required by the Vietnamese authorities, however, immunization against cholera, hepatitis, typhoid, tetanus, polio and Japanese encephalitis is advised. Please consult your doctors for further medical advice.
You should carry a basic medical kit that includes anti-diarrhea tablets and re-hydration salts. Medical standards outside Hanoi and Saigon are lower than those found in western countries.

SHOPPING
What to bring from Vietnam?
Souvenirs to look out for in Vietnam include lacquerware, silk, conical hats, woodcarvings, Ao Dai, hill tribe fabrics and handicrafts, embroidery, marble, ceramics, silver jewelry, antique watches, and paintings. Ho Chi Minh City and Hanoi have the best choices when it comes to shopping but Hoi An in the Centre of Vietnam is also a very good place to hunt for bargains.

TIPPING
Tipping for good service is not expected but is always appreciated in these developing nations. It is customary, though not compulsory, to tip tour guides and drivers at the end of a tour. Hotel and station porters should also be tipped.
WHAT TO PACK FOR VIETNAM
Clothing
Light, comfortable, easy to launder clothing is recommended. Winter months in Hanoi and rainy season in the central region can get cool so a sweater or light jacket will come in handy. Good walking shoes and sandals that can be easily removed are recommended especially when visiting temples and people’s homes. Ensure you have suitable clothing packed for visiting temples and pagodas that you can cover up with. E.g. Shirts and long pants. No dresses, shorts, singlets, string tops or revealing clothing should be worn in temples and pagodas.
Vietnam is generally a casual country by western standards although people do like to dress in their Sunday best whenever the opportunity arises therefore simple and casual clothes are appropriate for almost any occasion.
The year-round heat and humidity in the south, especially Ho Chi Min City makes lightweight quick-dry clothing the most appropriate. The north and central highlands get cool enough for sweaters or light jackets for much of the year but the northern highlands will require cold weather clothes in the winter.
If you are not participating in any trekking tours, sandals and lightweight shoes are sufficient. If trekking is included in your itinerary, you will need trekking boots.